If you want to grow your business, it's crucial that you constantly reassess your picking system. Businesses should beware of sticking to a process just because that is how it has always been done, as needs can change as a company evolves. This is why selecting a picking system is not just a one-off task, but something that you should continually assess to ensure maximum efficiency. 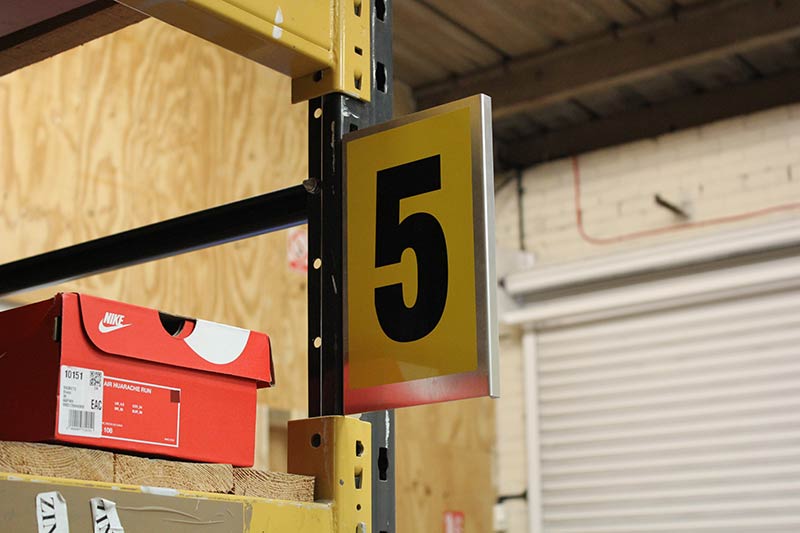 What is an order picking system?

A warehouse order picking system is the method used by a business to fulfil orders and get them ready for despatch. Different systems will suit different businesses, based on types of stock, order quantities and business goal.

In a previous article, we looked at optimising picking bin locations, now it is time to look at how picking should be organised to get the best from staff. In order to do this we will take a look at some of the common types of order picking systems and investigate the best use for each.

This is the simplest system to implement and where most businesses will start off. In essence it involves one member of staff collating a single order at a time, before moving on to the next one. It is a methodical way of working that limits mistakes and needs minimal setting up.

For example, Dave works in a shoe warehouse. He collects an order from the pile on his desk, it has two items in it, and so he goes to collect one pair of white trainers from zone 5, which is clearly signed with a magnetic aisle marker, but it's located in a far corner of the warehouse. Then he went to get a pair of pink wellies from the other side of the warehouse. Having done this, he then moves on to order two, which also contains pink wellies, so back he goes to the same part of the warehouse again. As you can see, this involves a lot more walking than is necessary and is an inefficient use of Dave's time and energy.

This system will be fine where there are a low number of orders, but you can see that taking each order in turn, with no collating or rationalisation leads to a picking system that will quickly become frustrating.

The next step could be to introduce batch picking. This is still a simple system, but one that provides real efficiencies over discrete picking. How it works is that each picker is given a group, or batch of orders and picks all the products for these orders at once, one SKU at a time.

Going back to our example, Dave now has a piece of paper with ten orders on it, within these orders, four of them contain the same black plimsolls. Therefore he only has to walk to this part of the warehouse once in order to fulfil his orders.

This is a system that works well were there are only a limited amount of SKUs and items are not too big to safely move around all at once. Where orders contain dozens of different products, this system becomes slow and awkward.

A slightly more sophisticated option is to introduce zone picking. In this scenario, your warehouse is divided up into areas or zones, with staff assigned to each one. Orders are assembled by passing them through each zone in turn. As they pass through a zone, products that are stored there are added until the complete order arrives complete at the packing station.

One of the advantages of this system is the fact that staff have their own independent areas and don’t obstruct each other or end up all trying to get access to the same bay at once.

Now in his warehouse, Dave is solely in charge of zone three, which stores men's cowboy boots. As orders pass through his zone, he picks and adds the appropriate products from his area. Once complete, the orders pass on to other zones to be completed before despatch.

This system is ideal for retailers who typically ship a high volume of orders containing multiple items. However, for retailers that sell a large amount of single items, a lot of time is wasted passing through zones where no additional product is added to an order.

Compared to previous systems, this way of picking requires more staff in order to function properly.

A variation of zone picking is the wave picking system. The zones exist as before, but instead of an order having to pass though one zone at a time, all elements of an order are picked simultaneously and then passed to a central area for collating with products from other zones and then sent out. Picking is organised into short intervals known as waves, which spread the picking load throughout the day. With a typical wave, or scheduling window lasting between one and four hours, there would normally be between two and eight waves per shift.

The advantages are removing the need for an order to visit every single zone, this can reduce shipping delays. The downside is the extra staffing requirement to combine products from different zones into a single order, so is best suited to high volume businesses with a wide product range.

In our example, instead of having to wait for each order to reach his zone, Dave can now pick all the items needed straight away and deliver them to the packing station.

As well as the standard systems, it is possible within large operations to combine two or more systems to create hybrid picking methods.

Zone batch picking is a system whereby multiple picks are carried out within zones of the warehouse. This is great for large warehouses, as the batch picking speeds up the picking, but the use of discreet areas for staff keeps walking time to a minimum.

Now within a much larger warehouse, Dave is still in zone three, but it contains cowboy boots, Cuban heels and fluffy slippers. As a batch of orders pass through his zone, he picks them all at once before sending them on to the next zone.

Again, this combination system is simply a matter of implementing the wave method in various zones of your warehouse. The pickers will select all SKUs for orders that are contained within their zone, but picking is done one order at a time. In this system there is only one wave, or scheduling window per shift.

Back to our example, and now Dave, our warehouse worker is picking items from his zone within the scheduling window to be sent to the central packing station.

As you can see, the best picking system for your business is governed by many factors. Quality of order, number of SKU's and available staff all play a part in getting the right solution. Due to the potential to have a huge impact on your operations, the choice of warehouse picking system should be considered at length.