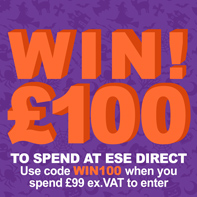 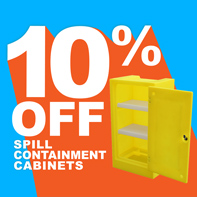 4 Wheeled Bins with Drop Down Front Wheelie bins for your workplace

It's difficult to remember the world before wheelie bins. It feels like they've always been around lining our streets in a variety of colours.

But as a matter of fact, although they were originally invented by a company based in Slough back in 1968, they were actually only introduced into mainstream circulation, mostly by local councils, in the early 1980's.

The bins were designed to help refuse collection personnel. Old fashioned bins were often heavy, bulky and without handles. This made refuse collection a physically demanding task. The new-look bins featured wheels and a handle which dramatically reduced strain on the user.

The bins are also cleverly designed to fit safely and securely onto the back of a bin lorry. Refuse workers no longer need to lift heavy bins as they can be wheeled. They simply slot onto the back of the vehicle. The bin tipper then lifts and tips the bin to allow the load to slide into the hopper on the back of the truck.

The refuse collection trials undertaken by a number of local councils were so successful that it wasn't long before the popular wheeled bins were rolled out countrywide. Saying that, you might be surprised to know that there are still several places yet to adopt the 2-wheeled refuse collection vessels.

Generally, wheelie bins are manufactured from heavy-duty polyethylene which is extremely hard-wearing. If a poor old bin does, for some reason reach the end of its life too soon, then panic not, as they are themselves, suitable for recycling.

Initially, the bins were purely intended for general waste disposal only. Which is hard to imagine when you consider the vast array of different types of wheelie bins available today. And of course the fantastic amount of waste that we produce which is now suitable for recycling!

The facilities for waste recycling have greatly improved during recent times. Not only is waste ripe for recycling collected direct from your door, there are now wheelie bins populating public areas too.

The different colour bins depict which type of rubbish to put where, but be careful as these surprisingly, can vary from county to county so check with your local authority if you're new to the area. The most common size for a residential bin is the 240 litre wheelie bin although smaller sizes are often available on request.

Businesses can produce a significant amount of rubbish. This must be dealt with in an effective manner. And, of course one which is kind to the environment. With such a wide range of commercial wheelie bins available for your workplace, you'll easily find something to suit.

There are a number of ways businesses can help the planet, the simplest being including recycling bins around the office and general areas. Not forgetting public areas such as reception or waiting rooms.

The waste collected in these bins can then be transferred into a larger bin. That's where the humble wheelie bin comes into its own.

If you're looking for a really heavy-duty bin with a large capacity, the galvanised bins can cope with a not insignificant, 1280 litres of waste. Bins with a capacity larger than 600 litres are built with four wheels instead of two. This increases stability and means the user doesn't need to tip the bin in order to move it.

Bin collections from business do unfortunately incur a cost. So, to avoid folk cheekily sneaking some of their litter into your bin, it can be a wise idea to opt for a lockable wheelie bin.

Wheelie bin lid locks usually involve a chunky key. Other lock options are available. Wheelie bin lid straps are another way to secure the lid of your bin. Bin straps prevent unauthorised use of you bin. they also stop bin lids from flying open during strong winds, or if the bin is accidentally tipped or blown over.

How big is your bin?

Which litre bin will be best for you, obviously depends on the amount of rubbish your produce along with the regularity of bin emptying.

The smallest outdoor wheelie bin available at ESE Direct is 80 litres. These would generally be too small for most businesses, as would the 120 litre version. The best bins often selected by businesses are the 1100 litre wheelie bin types.

They're robust and large enough to cope with a sizeable amount of waste, and the handles on the wheelie bin lid mean they're user-friendly too. A good quality bin will include robust castors which swivel, these make them easy to move, even when full.

If you're still a bit baffled by the bin, why not give us a quick call on 0808 278 2771 and our technical team will be more than happy to help you with any queries.