So much rubbish is produced in the UK, that if Lake Windermere were to be used as a landfill site it would take just 8 weeks to fill it with waste. With each household producing a tonne of rubbish every year, the cost of collecting and disposing of waste is considerable.

The cost of managing municipal waste in the UK costs £3.71 billion each year according to the local government association. The collection and management of waste and rubbish is the government’s third highest cost. Although the bulk of this spending covers the collection of domestic waste and its disposal; every year local authorities need to spend £340 million to clean the streets and pick up dropped litter. 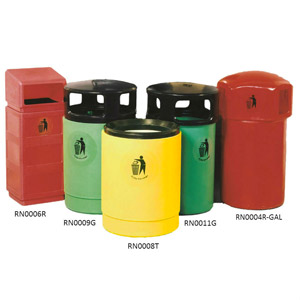 Litter bins are a common sight around the UK and are a convenient way in which councils, land owners and businesses can encourage people to dispose of litter and waste properly. This can result in a significant saving in cleaning costs and the money saved can be invested in improving other services.

Ninety percent of people in the UK claim that they would recycle waste more thoroughly it was made easier. Considering the energy and cost savings which can be made from recycling materials rather than producing from raw materials, a little money spent of litter bins can go a long way and can also help to protect the environment.

Recycling rubbish may not be particularly exciting, but litter bins need not be boring. In addition to practical, hard wearing and weatherproof polyethylene bins, there is a wide choice of attractive styles to choose from including Nickleby post bins and replica Victorian litter bins.

If you want to protect the environment, save on cleaning costs and encourage recycling, take a look at our litter bin collection and make it easy for your workers and visitors to Keep Britain Tidy.