As this week marks Road Safety week, we thought it was time we gave one of our favourite industrial products most often used on our roads some love.

We’re all familiar with the orange traffic cones we see adorning our roads and kerbs, but few are aware that traffic cones actually come in a variety colours, with each having a different meaning.

The new additions were introduced by The Highways Agency a couple of years ago. They are fashioned in green and white, blue and white and yellow and white.

Access to a lane is marked by the green and white traffic cones. Blue and white suggest you look up as an overhead structure is apparent. The yellow and white variety advises that no stopping is allowed. 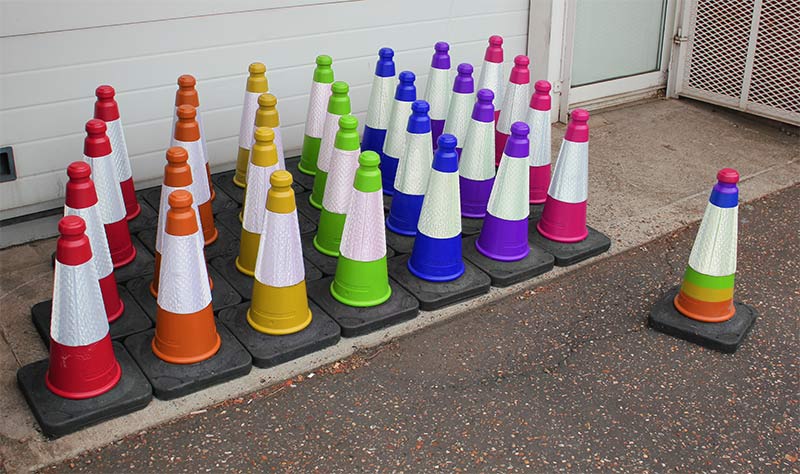 Traffic cones are most widely used as a temporary structure to warn of hazards, to mark lanes for traffic on roads or parking. A strangely popular installation within student halls of residence, these brightly coloured conical chaps have even made their way into the media as art installations.

And let’s not bypass the ‘no waiting’ cone, these black and yellow triangular structures warn drivers that stopping or parking in the vicinity is not welcomed. Basically, park at your peril! 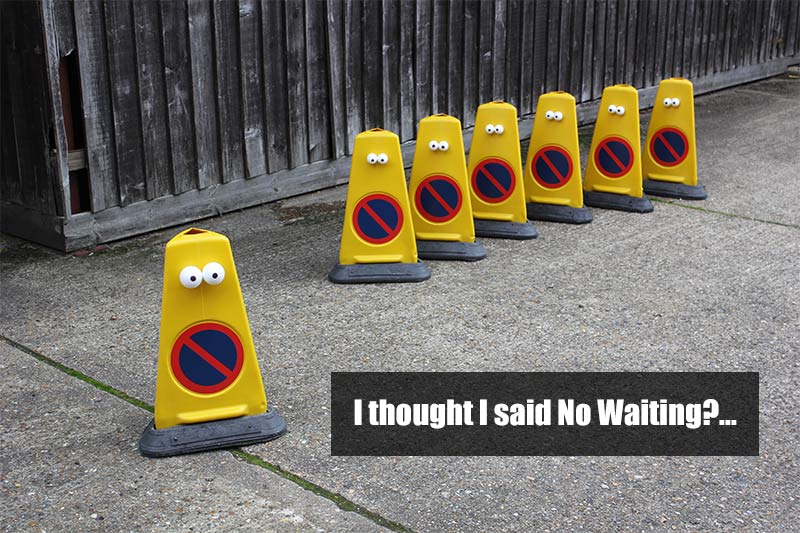 The first traffic cones were wooden and created by Charles D. Scanlon in 1940, an American painter working for the Street Painting department of Los Angeles. They were originally utelised in the UK in 1959 as a replacement for the paraffin burning red lanterns. Wooden and concrete traffic cones were soon replaced by the more commonly known plastic version.

It would take 5748 small size highwayman traffic cones, base to base to form a row a mile long. So to travel along all 117 miles of the M25 motorway that’s a whopping 672516 traffic cones! What a lot of orangey reflective goodness.

To reach the summit of London’s tallest building, The Shard, it would require a stack of 618 500mm traffic cones base to tip.

The world’s deepest hole, the Grand Canyon, was created by continuous erosion caused by the Colorado River. It is over 1800 metres deep. That means it would take a stack of 3600 500mm traffic cones, tip to base to stretch all the way to the bottom!

An average adult male African bush elephant weighs 5500kg, that's the same as 2200 small traffic cones! You definitely wouldn’t want one of them to stand on your toe. Ouch!

The football stadium of our home team, Norwich City, has a football pitch 7072 metres squared, that considered it would take a goal scoring 90168 cones to cover the pitch. Wouldn’t like to be the poor person who had to put all those out!

Whatever their colour, shape or size, these reflective points of reference have been lining our roads for over 55 years and long may their reign continue. 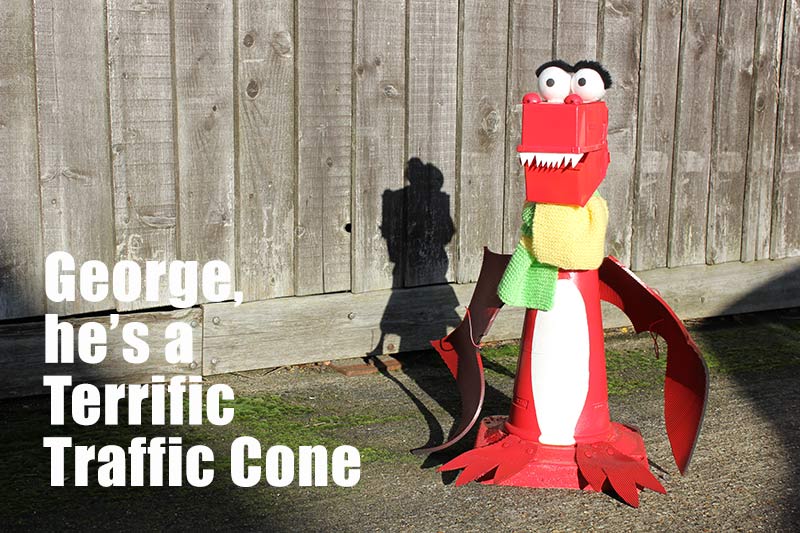