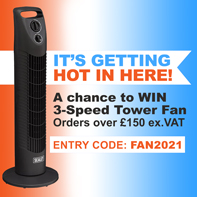 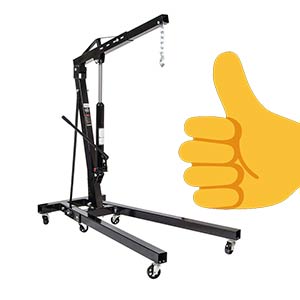 Not all warehousing and factories in the UK are used for the storage and production of retails goods. In 2010 it was reported that manufacturing still accounts for some 12% of the UK’s GDP, employing around 8.2% of the workforce. Many of these workers are involved in large scale engineering and aerospace part manufacture, both of which require incredibly heavy items to be moved efficiently around the factory floor. What kind of machinery is used to do this, and how do companies ensure that it is operated in a safe manner at all times?

The government health and safety regulations that apply to the use of heavy machinery on the factory floor are known as the Provision and Use of Work Equipment Regulations (PUWER). They have been structured in such a way as to ensure that the risks to workers' well-being are prevented and controlled by making sure that they are trained, that the correct equipment is being used for the job and that a regular schedule of maintenance and inspection is put in place to keep all such equipment in good regular working order.

There are a number of different types of machinery that are used to transport goods on the factory floor. These range from fully automated vehicles through to static lifting devices, which will all be implemented to perform a specific function in the factory. The most common types include:

There are well recognised standards for training that can either be provided in house or by external companies, which are usually accompanied by proficiency tests that have to be passed to a minimum standard to ensure that workers are competent in using various types of machinery. These are often accompanied by a special certificate that is given to the worker to show they are able to use a piece of equipment. Any worker with such certification will often have to go through refresher courses to check that their skills are up to scratch and that they haven’t fallen into bad practices. For the more simple types of machinery, such as hoists, it is assumed that on the job training will suffice.

It is important that business owners take into account the type of machinery that they are likely to be using when they design their factory. This is a key factor in reducing the amount of hazards and risks presented to the workforce. There should always be a separate route for pedestrians around the factory where they are not exposed to lifting machinery – for instance, there should never be a situation where workers are expected to walk under large items lifted by a crane. Also, any traffic flow route that’s been put in place for forklift trucks should be a one-way system to prevent problems occurring when drivers want to reverse or change direction.

Under PUWER companies and businesses are expected to employ workers who are competent in maintaining the machinery that is used in their factories. Although PUWER does not state that a maintenance log is required for such inspections it is recommended that they do so for large pieces of high risk equipment. When looking at the schedule of maintenance, it is vital that the manufacturer’s recommendations, the intensity of use, and user experience – for instance, a regular worker will know when a machine isn’t operating in the usual manner- amongst other criteria to ensure that there are no incidents within the workplace.

We may be moving towards a future where factories become increasingly mechanised and all production is controlled by computers. However, in these cases there will still be a need for highly trained and skilled individuals who are able to oversee the good working flow and co-ordination of all such equipment, alongside maintenance workers who are able to inspect machinery for potential problems and repair any failures.