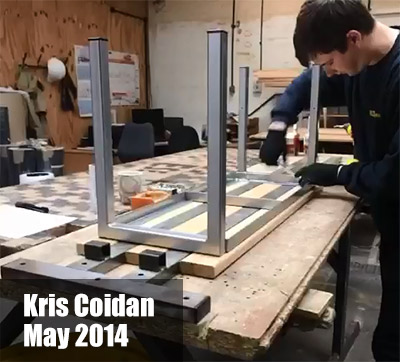 Back in May 2014 we spoke to Kris and asked him his thoughts on a few things, this was how he responded.

Working in the warehouse building and dispatching orders.

My spare time is taken up with BMX, playing guitar and watching episodes of Star Trek. Not at the same time though, that would be difficult.

Biffy Clyro and Rise Against.

It's so hidden that not even I know it.

More than a year has since whizzed by so we thought we'd pick Kris's brain once more. This time with a selection of new questions along with a couple of originals to compare and contrast! This is what he said. 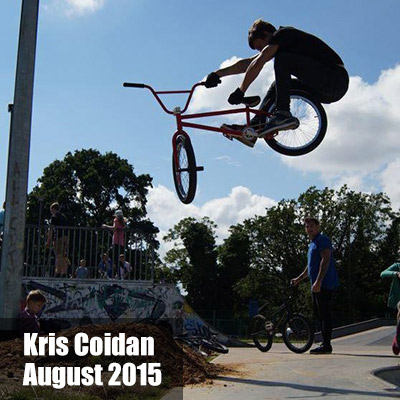 Project Administrator – I look after all the purchase order and paper work making sure it is up to date. I also help out with Shelving and Cloakroom bench quotations.

I like to ride my BMX, playing guitar and working on my car.

What is the most embarrassing CD/MP3/record(?!) you own?

Berlin - Take my Breath Away

What was the last book you read and would you recommend it?

Finders Keepers by Stephen King and yes I would can't wait for the final book in the trilogy.

What are your top 5 favourite films?

What is your favourite food, and when was the last time you ate it?

Fajitas and a couple of weeks ago.

What 3 things would you choose to have with you if you were stranded on a desert island?